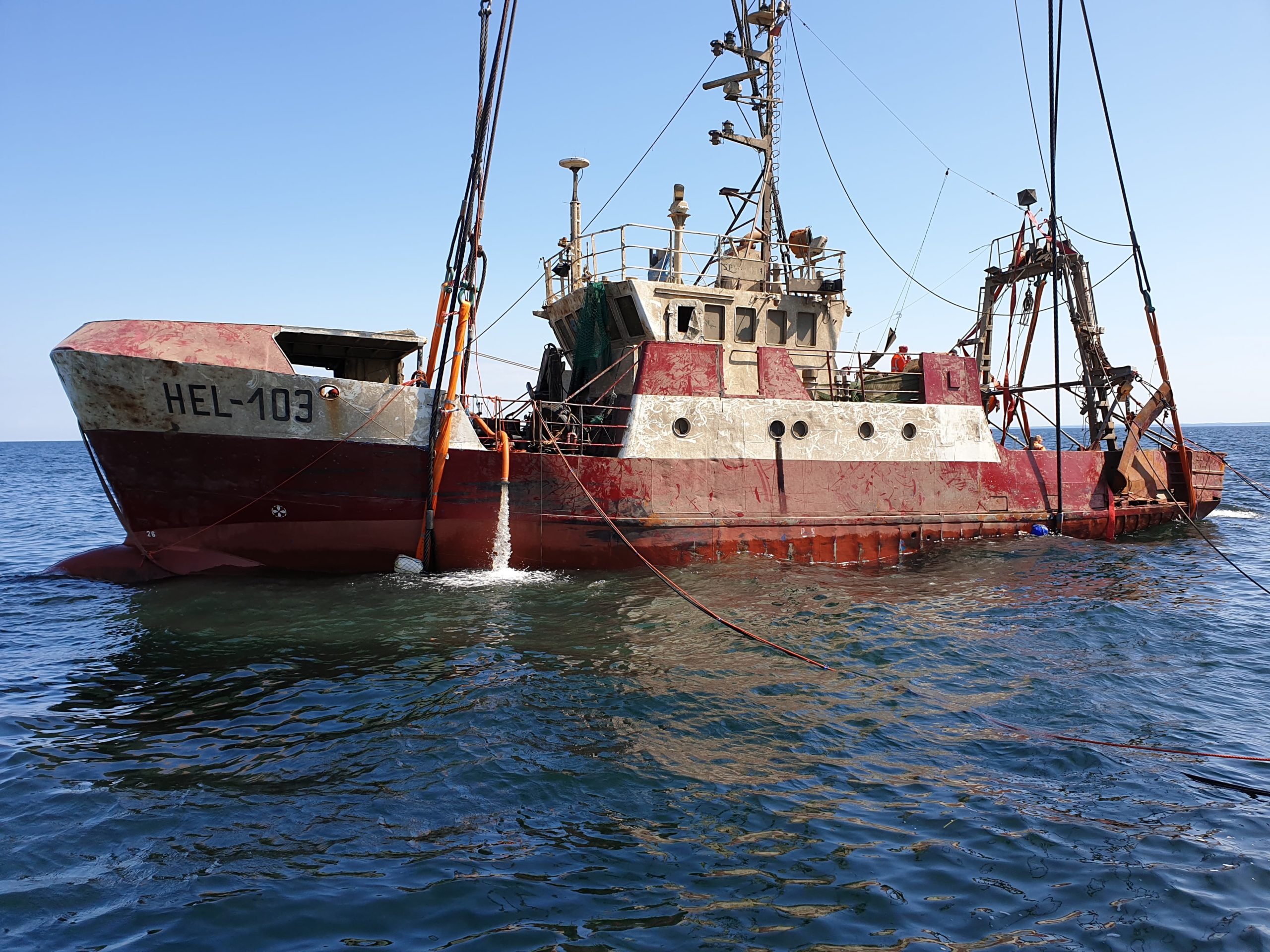 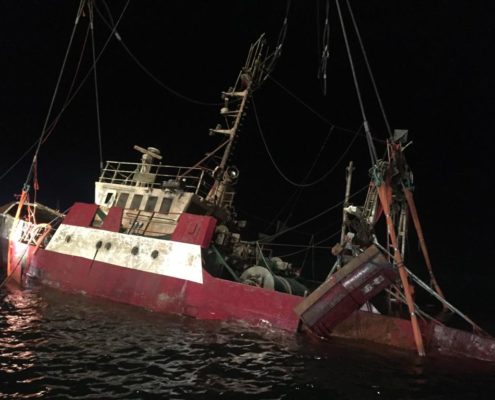 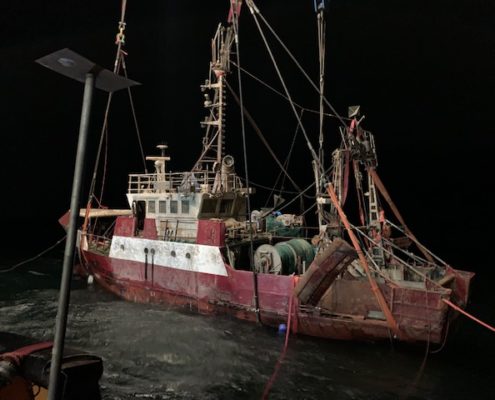 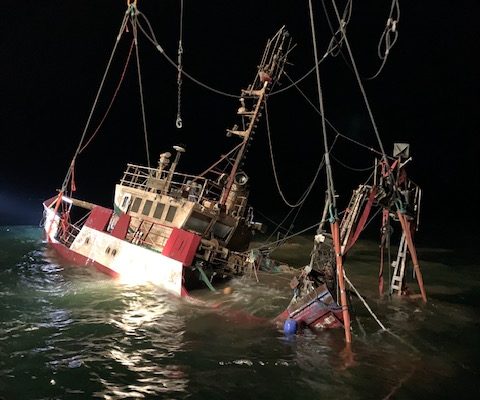 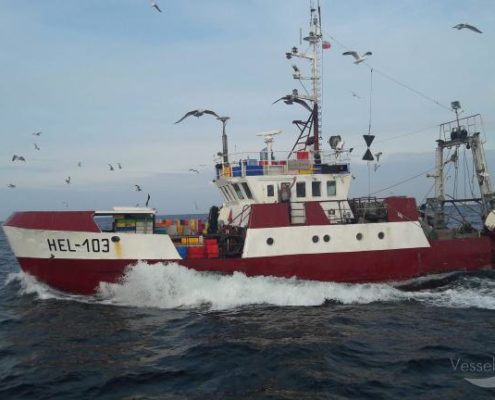 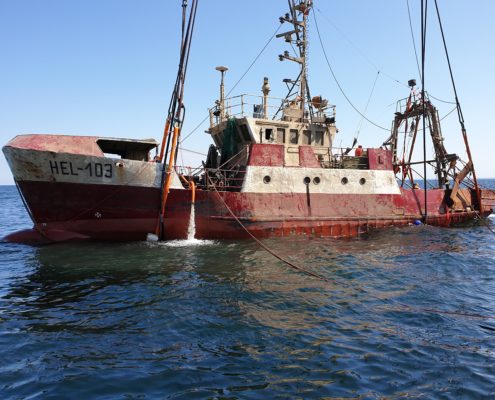 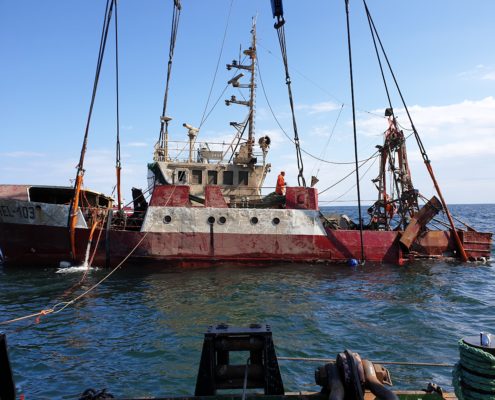 After the first  attempt to refloat the vessel failed,  a new Salvor was appointed. The contract for the subseawork was awarded to Dutch diving company Qceas. Marine Masters assisted Qceas during the entire operation.

Due to the 63-meter water depth the diving operation was a challenge for the salvors. Special diving decompression tables suitable for a depth up to 65 meters were prepared for a trimix diving operation.

The recovery of the HEL 103 was complicated by the necessity to remove mud and by a maximum bottom time of 24 minutes for the divers to install the lifting slings. In addition, the weather hampered the salvage operations several times.

The recovery of the HEL 103 was completed using a Polish heavy lift vessel.